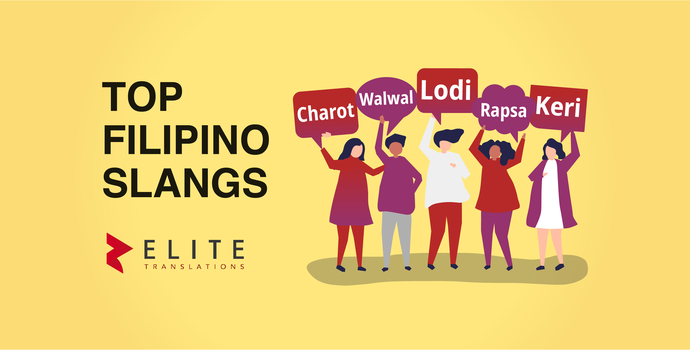 The Philippines is considered to be one of the countries that have the most diverse culture and language.

Filipino language has been said to be a union of different countries from west to east. Conquested by three countries, the Philippines have adopted the languages that are used in the present time. Thus, resulted in having more than 170 native languages or dialects and two official languages (English and Filipino) that make the Filipinos the most effective communicators around the world.

Filipino, the national lingua franca is based on Tagalog which evolved uniquely over time. To honor the National Language Month of the Philippines or as we call it Buwan ng Wika, we have collated all the slang and colloquialisms that are commonly used in the country.

Meaning/Usage: “What's up?" or "gossip," depending on the context in which it is used

Meaning/Usage: Like or Unlike, Meron or Wala. It is the stylized way of expressing approval/disapproval.

Meaning/Usage: being drunk or wasted from having alcoholic drinks

Meaning/Usage: To take something away without someone's knowledge, or to snatch.

Meaning/Usage: Reversed order of syllables of the word “sarap”

Meaning/Usage: can do; being able to carry on or handle the situation